Malian singer Fatoumata Diawara (aka Fatou) was born of Malian parents in the Ivory Coast in 1982. As a child she became a member of her father’s dance troupe and was a popular performer of the wildly flailing didadi dance from Wassoulou, her ancestral home in western Mali. She was an energetic and headstrong girl and at the age of twelve her refusal to go to school finally prompted her parents to send her to live and be disciplined by an aunt in Bamako. She was not to see her parents again for over a decade.

Amongst other work, she starred in Cheikh Oumar Sissoko‘s  feature film ‘La Genèse ‘. Fatoumata moved to Paris in her early twenties from where she spent six years touring with the internationally renowned theatre troupe Royal de Luxe. In the past eighteen months she has divided her time starring in the musical ‘Kirikou et Karaba‘, recording and touring with Oumou Sangare and writing her own film script.

At the same time she has combined these activities with her passion, developing her own unique music; composing, arranging and playing (she is a self taught guitarist) her own material. She has now formed a group of young musicians and has recently turned down a starring role with le Cirque du Soleil to dedicate herself to the recording of her debut album with World Circuit. Her music is a very modern and personal take on Wassoulou traditions with a wide variety of influences.

Fatou’s EP ‘Kanou’ was released on 9 May, followed by her debut full length album ‘Fatou’ on 19 September 2011 to much critical acclaim. The album was awarded No.1 album 2011 in the world music charts, where it remained for 6 months. It was also given No.1 in several end-of-year album polls including The Times and Mojo.

Following the release Fatoumata performed as part of Damon Albarn’s album and live project ‘Rocket Juice and the Moon’ (Honest Jon’s) which featured himself, Tony Allen and Flea. Fatou also featured Roberto Fonseca’s recent release ‘YO’ and on Bobby Womack’s album ‘The Bravest Man In The Universe’ (XL) which was co-produced by Damon Albarn and Richard Russell.

In September Fatou 2012 boarded the Africa Express Train with Damon Albarn, Baaba Maal, Amadou and Mariam, Nicolas Jaar, and the Noisettes, amongst many others. The tour was a huge success selling out each venue it played in. The show culminated in a 4.5k venue in Kings Cross where Fatou performed with Paul McCartney. 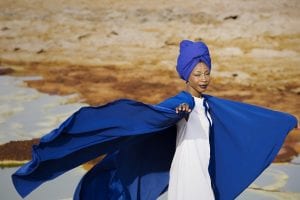 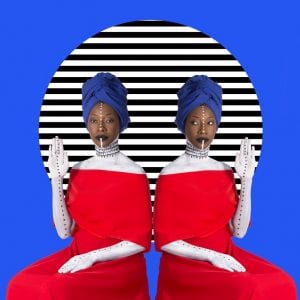 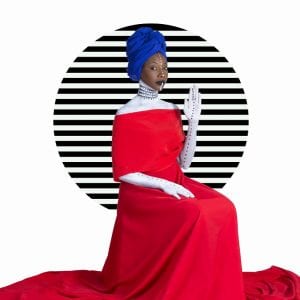 “The most beguiling talent to hit the world music scene in some time… this stylish debut doesn’t put a foot wrong.” – The Telegraph – (5/5)

“…a rising new star from Mali. She has the most gorgeous voice, a fantastic sense of melody and her guitar playing fuses spare blues, folk and funk…..Go see her.” – The Guardian

“…the new Malian star” – The Guardian

“..moving through the song from a light-touch folk beginning to an absolute storming climax…..it’s a soul-drenched performance, with resonances from Oumou Sangare to Nina Simone and, yes, by the end you could have heard a pin drop.” – Venue

“…a remarkably assured album, varied and joyous, and brimming with promise.” – Music OMH (4/5)

“This is a beautiful and vital debut album” – The Arts Desk

“This charismatic, statuesque 28 year-old former actress from Mali looks likely to be the next breakout star from African music…these are strong, simple songs with emotions that transcend language.” – Uncut, Debut of the Month  (4/5) 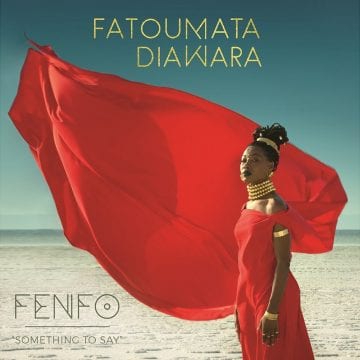