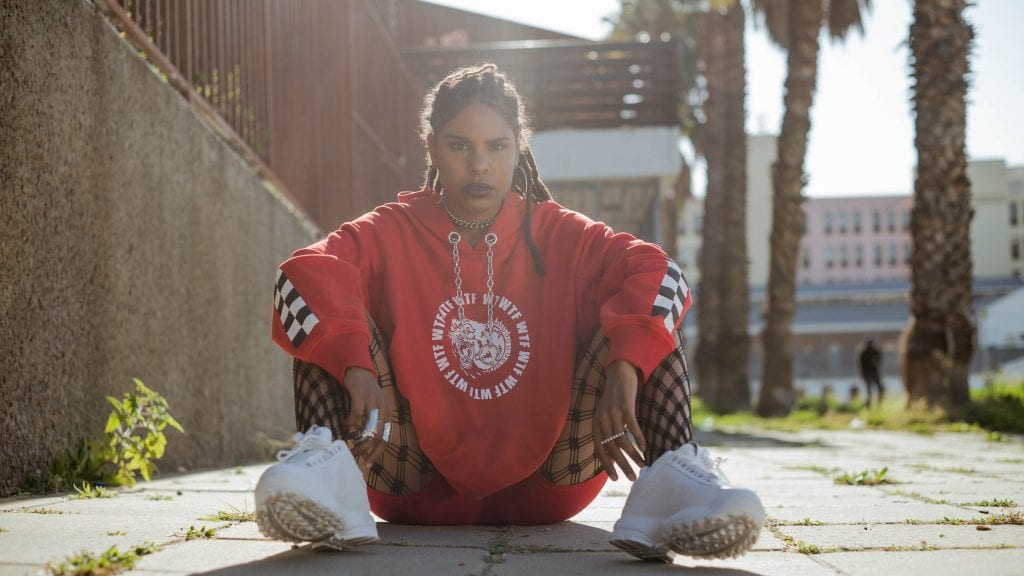 An artist constantly pushing the boundaries of innovation in South African hip hop, Dope Saint Jude is an artist on the rise. Her dynamic sound production, lyricism and performance have gained her international popularity and seen her perform in Europe, the USA and Africa. Dope Saint Jude’s unique style speaks to audiences interested in the intersection of hip hop, queerness, feminism and bad-assery. In 2016 she released her debut self produced EP, Reimagine.

A former drag king-turned-rap kingpin and producer, Dope Saint Jude’s moment to shine was encoded in the stars by her ancestors. The Cape Town-born, queer-identifying woman of colour took her first strides into music-making at the tail-end of 2013, releasing a string of singles plus a video which led to increased visibility on the Internet.

She has steadily kept her eyes transfixed towards the future — imagining alternative narratives for marginalised groups of people (“most people explore racial oppression in hip hop, but why don’t we explore gender or queerness?” she’s previously stated in an interview); creating lanes where there previously were none (her Drag King troupe BrosB4Hoes is the first documented in South Africa); and wreaking havoc on stage, from one show to the next, using her elaborate antics.

” Drag-King turned rap-activist, this is a name you should know.” HUNGER

Cape Town’s Dope Saint Jude is channelling the likes of MIA and even early Major Lazer on ‘GRRRL Like’. There’s something about a South African accent that really stands out in rap music and this track is a great example.”” NOTION

“Queer artist Dope Saint Jude has a thing or two to teach us.” GQ

“She embraces her culture and heritage, using it to inform socially conscious music that reminds us that she’s “radical, magical, fearless and starting a war”. Nataal

“Activist and aspirant academic, Saint Jude injects her lyrics with catchy, clever wordplay that both parodies and parades positions of power.” Afropunk

“Reimagine reveals a young artist whose hard work is starting to pay off (…) she sure has made major strides.” Okay Africa 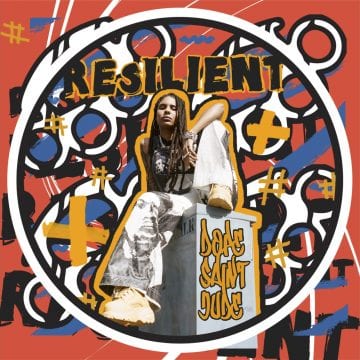